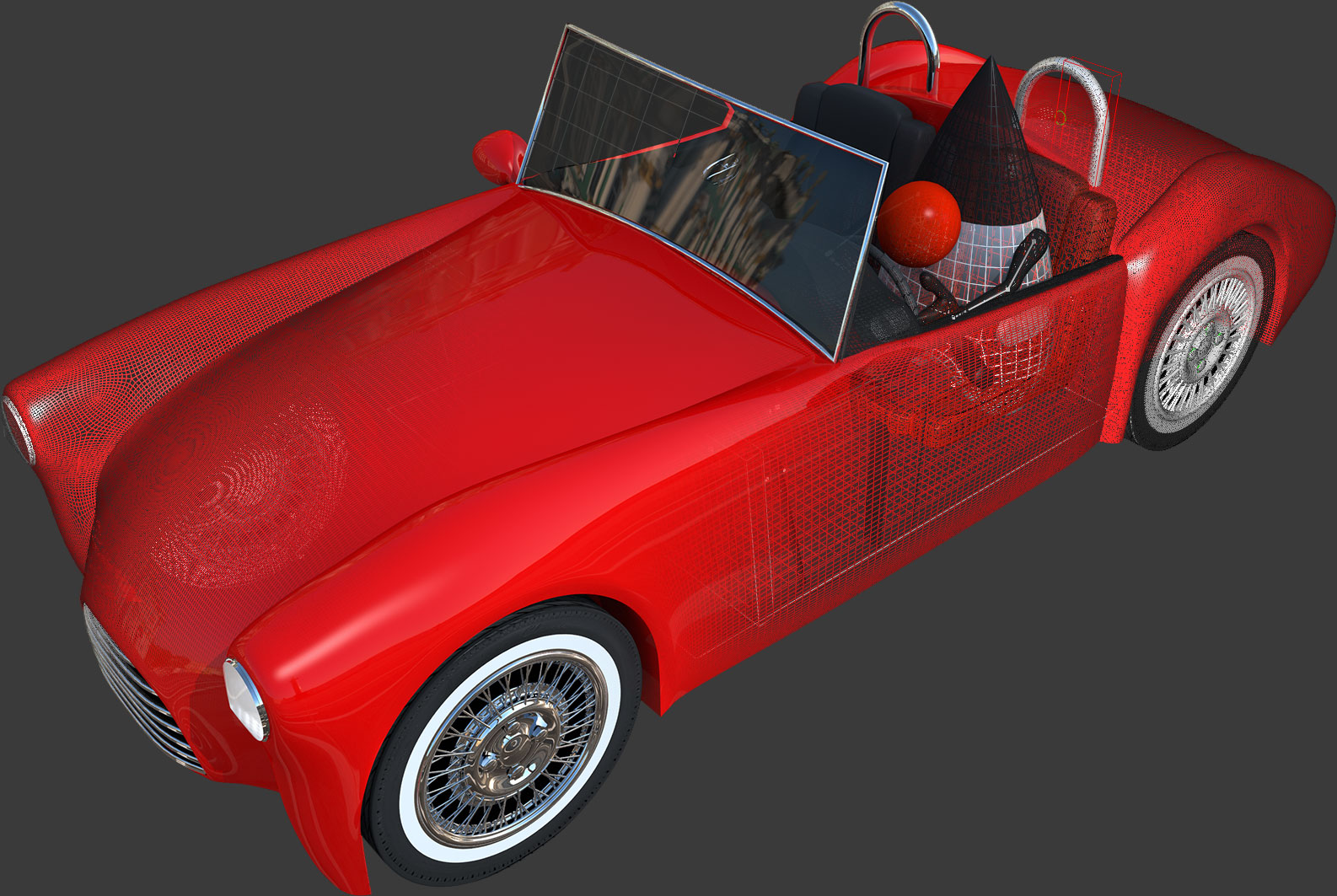 Design an automotive keynote demo that showcases all of Java products and IoT. To be shown at JavaOne 2014 San Francisco then around the world being shown at dozens of conferences in dozens of countries. This was to include informatics screens, embedded devices and sensors, IoT gateway, IoT Server and backend JavaEE business application. To do this I needed to design a car interior and exterior that could be used for the demo. Then the informatics system UI and all the hardware for the demo. This includes software, electronics, and hardware. It all started with a dream to do a next-generation informatics UI showcasing Java.

Video of Demo from JavaOne 2014 Keynote

Photos of Demo On Stage 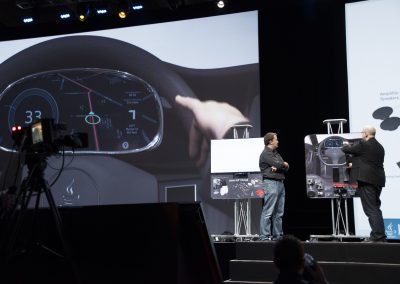 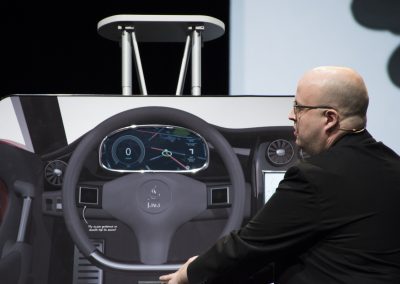 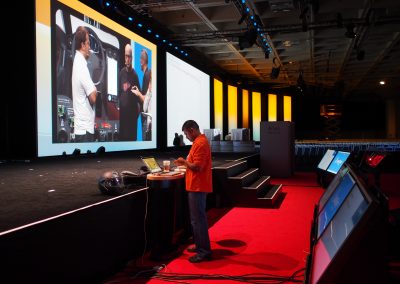 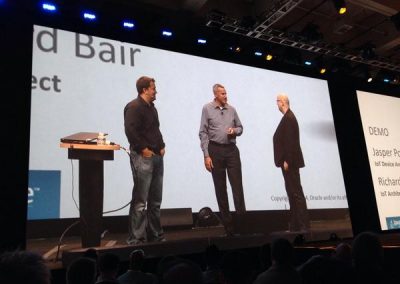 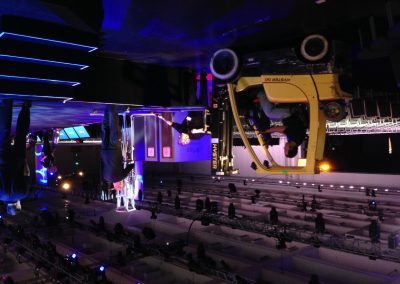 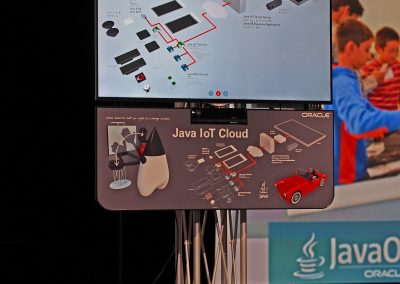 The gauge cluster was a 17″ HD screen which was cropped to a cluster shape. The interaction model was two touch areas on the steering wheel in which you could do swipe gestures in the 4 directions and short or long taps. That proved to be a very intuitive way of interacting with the left and right independent info areas. My colleague Mo Chicharro and I worked together on all the UI designs and interaction models. Then I coded it all in JavaFX running on an embedded Freescale IMX6 board.

The informatics screen was a 17″ portrait HD touch screen. It was designed around 2 zones which could display content for different tasks. Some of the tasks like navigation  a second tap mode after the tab was already selected to zoom that tab to take the full screen. 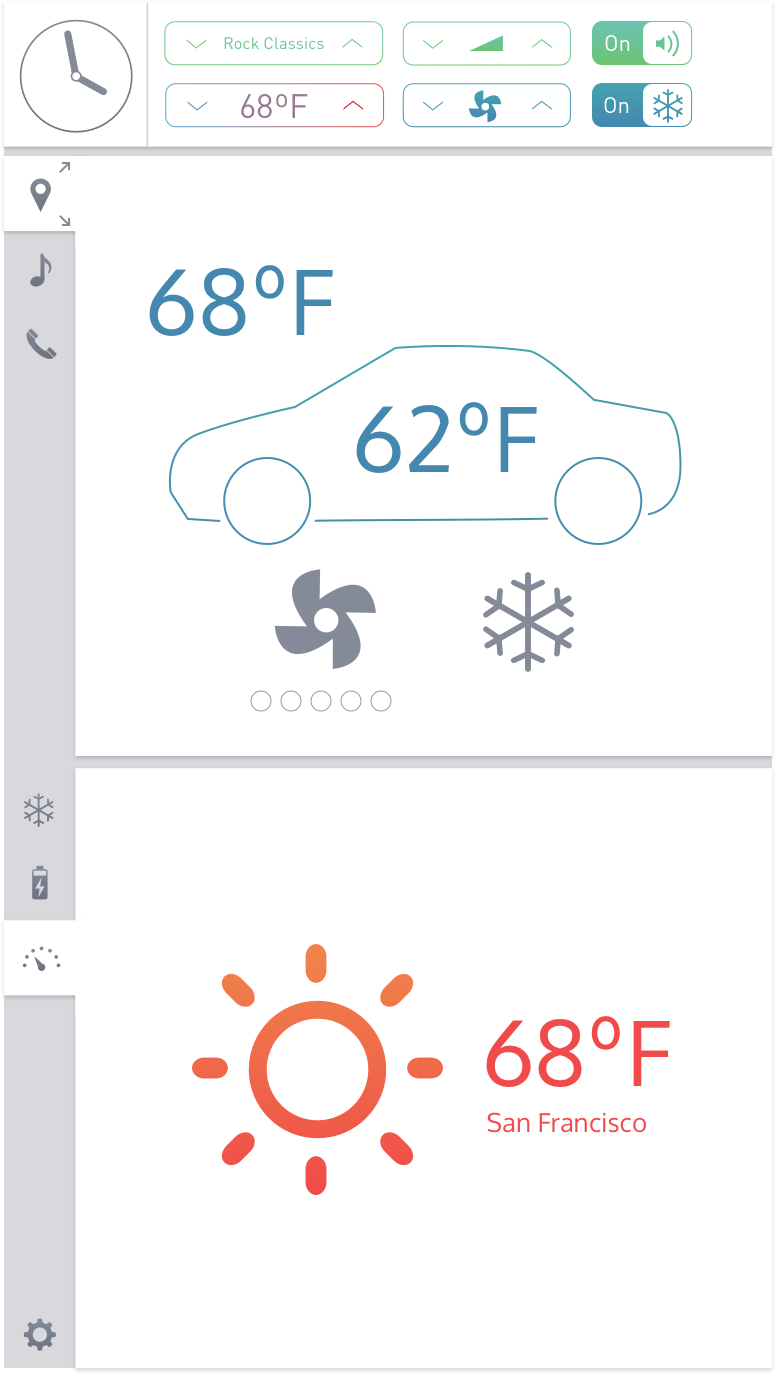 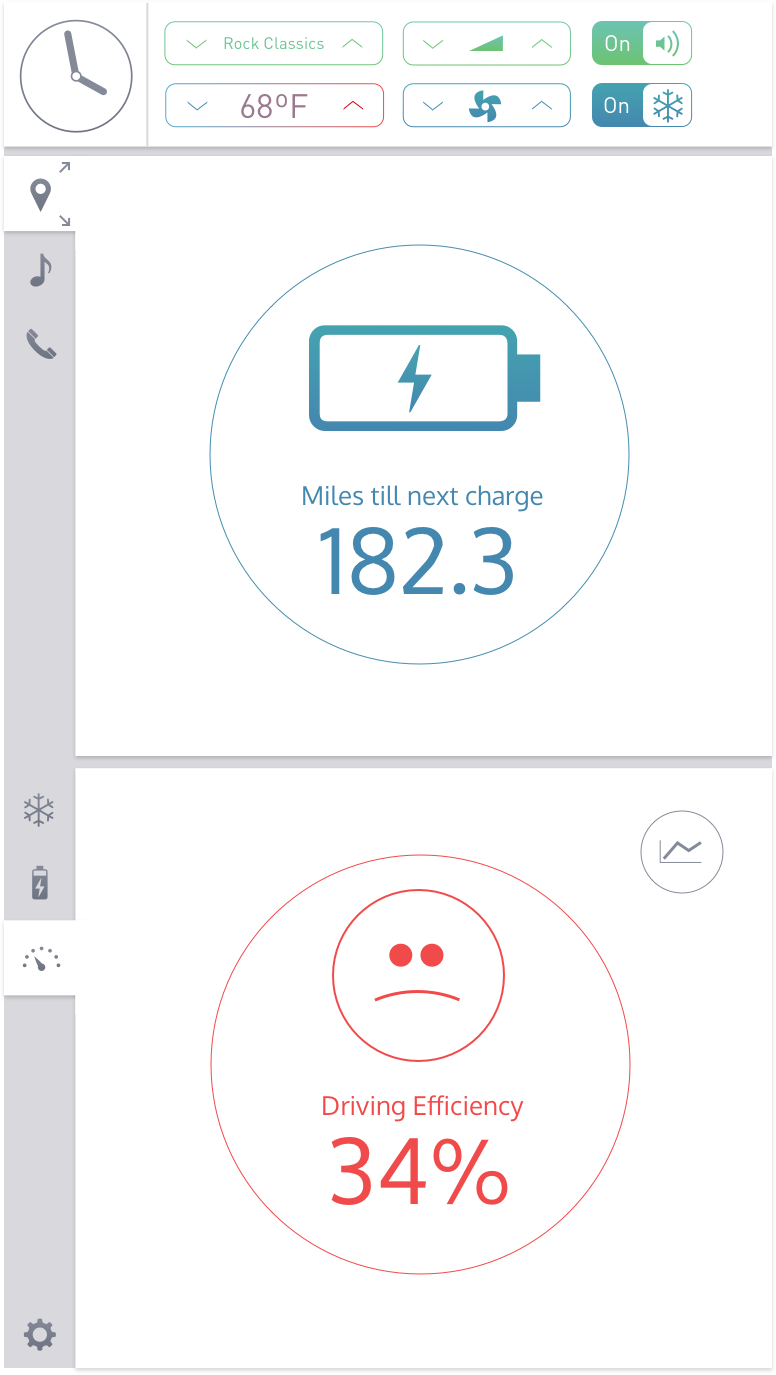 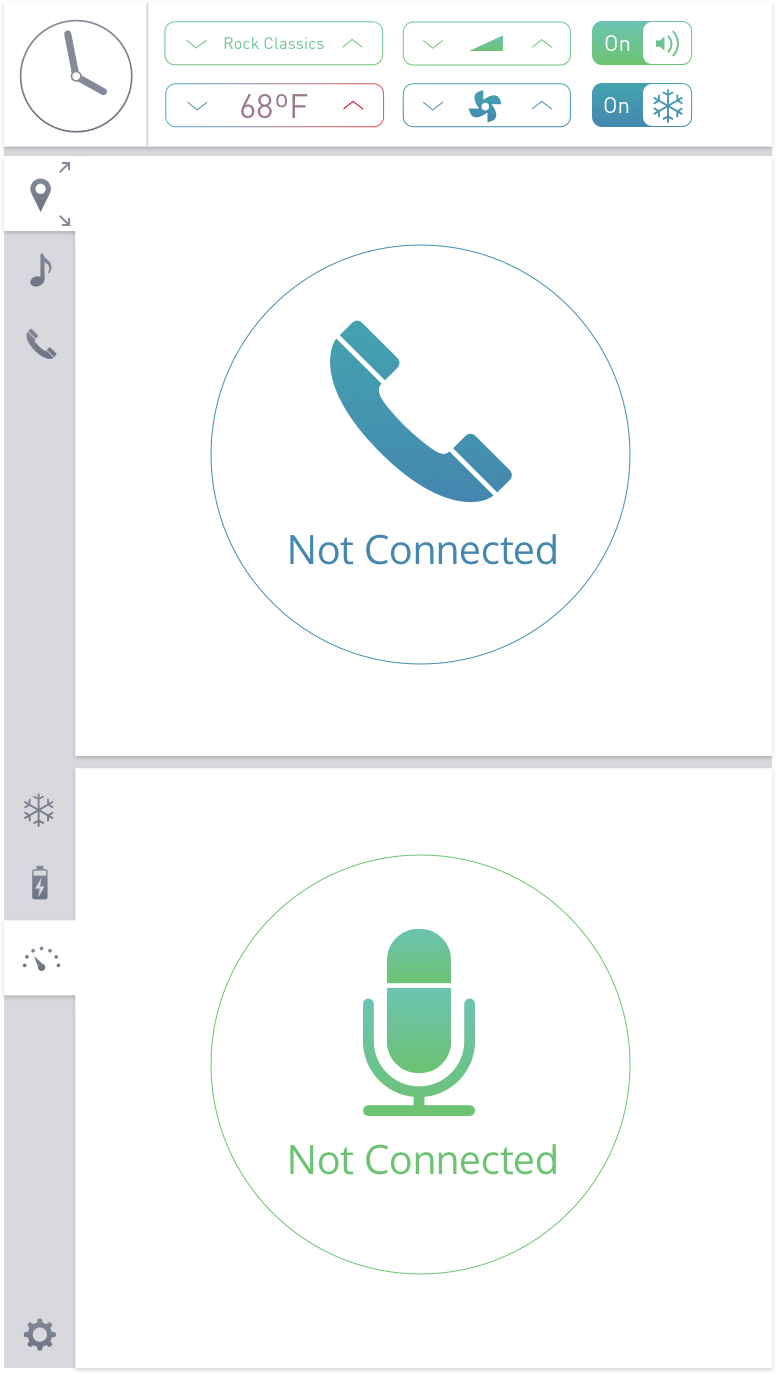 For the gauge cluster there were different designs for each of the functions.

As well as designing and building the software I also built the 2 sets of the hardware to give the context for all the elements of the demo. The hardware was built around a 3D rendered interior of the car. That was printed life size and glued to a wood base.

The infortainment and guage clusters were then cut out and 17″ touch screens placed behind. The accelerator and break pedals where made by Yamaha for a digital piano but looked the part and gave a analoge output we could read. The steering wheel had two logitech touch pads placed behind the printed wheel for controlling the guage cluster.

At the bottom of the board where two speakers for the infotainment system, the embedded boards so you could see what was driving all the systems. There was also a model car on a spring that had sensors built in to detect a collision. 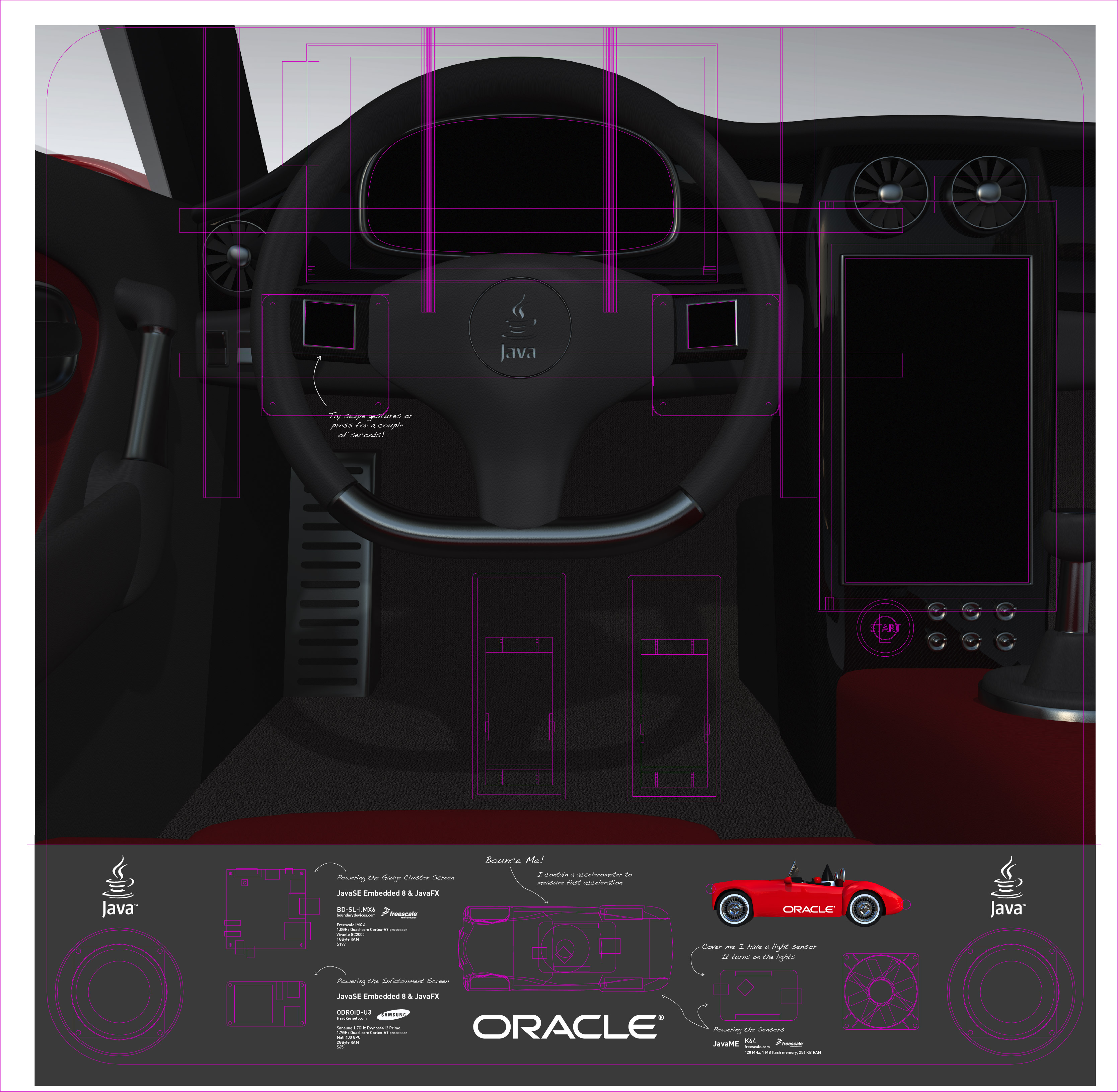 At the bottom of the board where two speakers for the infotainment system, the embedded boards so you could see what was driving all the systems. There was also a model car on a spring that had sensors built in to detect a collision. There was even a fan that was used to simulate the air conditioning settings in the UI. 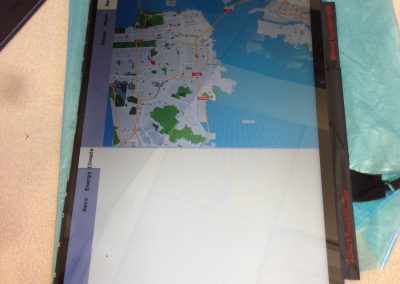 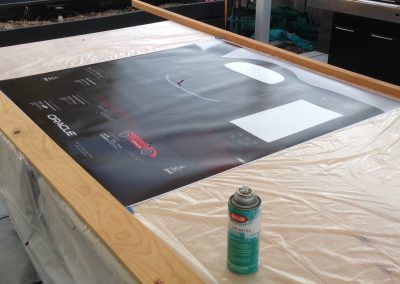 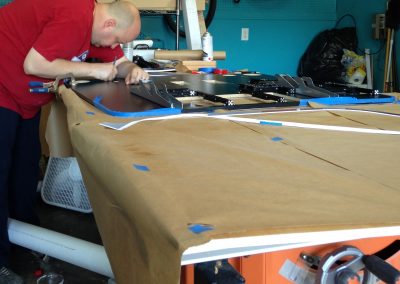 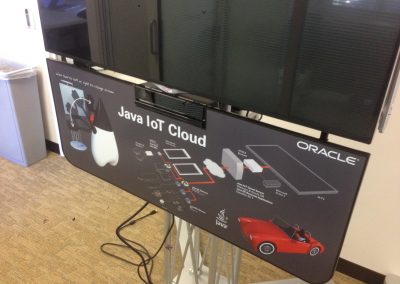 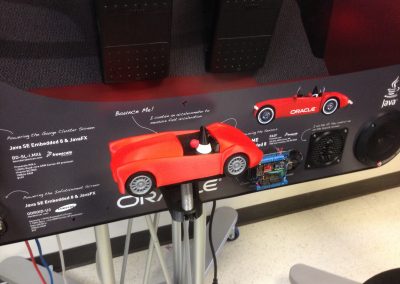 There was a second matching panel with a 50″ TV. It had a Microsoft Kinnect under the TV so we could skeleton track a user looking at and they could use left and right wave gestures to switch between tabs on the enterprise web UI.

Early Idea of Half Car

The orginal idea was to buy a recked mini and cut it up, then place a projector for driving the screen. I built a full 3D model of our campus that you could drive around and a car simulator. Unfortunatly time and budget did not allow for cutting up a real car. 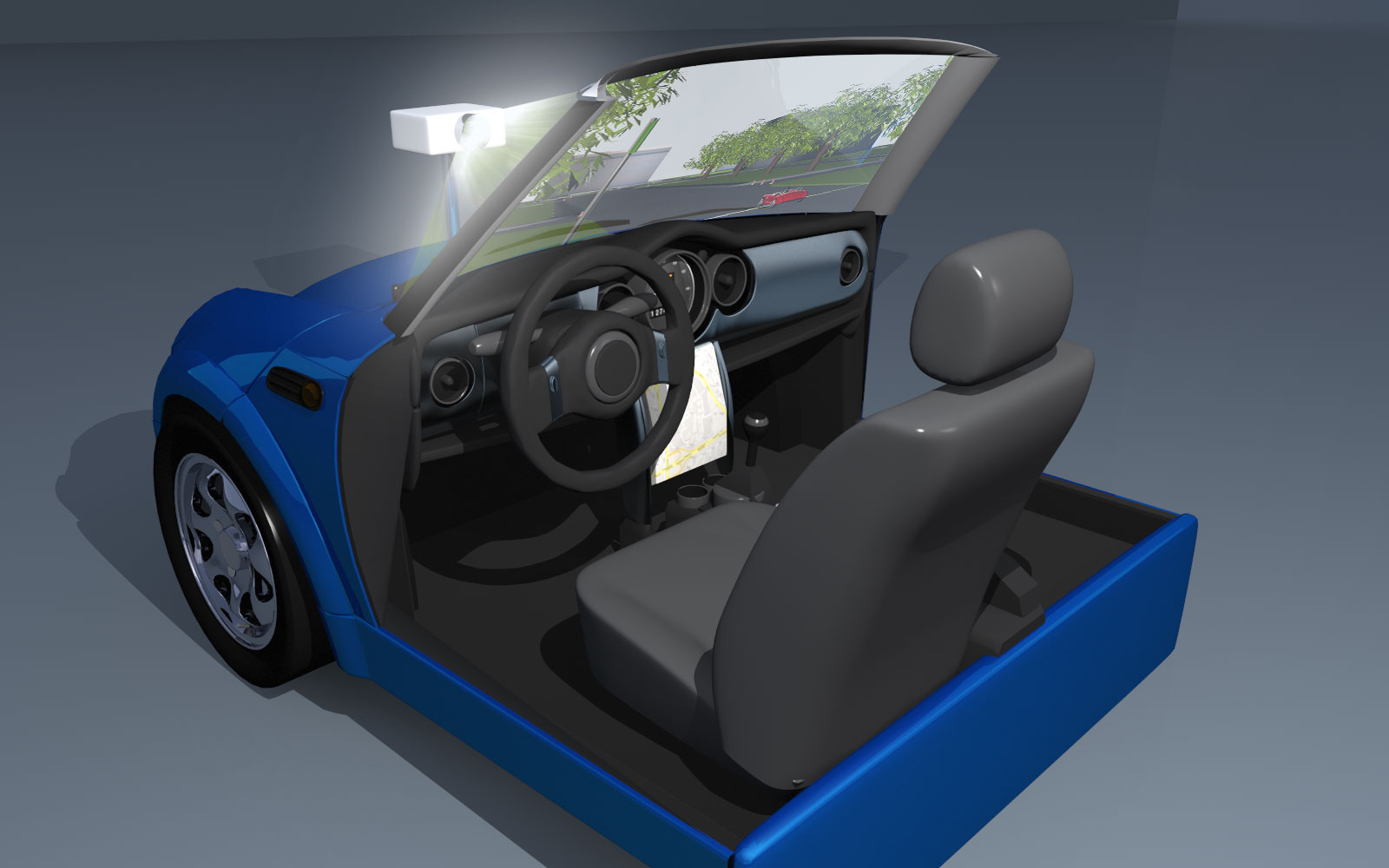